Arcade games are timeless selections which highlight retro-themed graphics and features, as well as simple gameplay mechanics and controls. These comprise various game themes ranging from classic card, strategy, action, turn-base, and puzzle games. There are also arcade games at WebArcade which have garnered huge followings from sports fans and gamers since then. These include arcade soccer games, arcade football, and arcade basketball shooting games.

All these games are played in most arcade establishments and centers before. But different game developers have reproduced these ageless sports game selections to cater their modern players. Players can now play some of these classic arcade sports variants in some of the latest gaming platforms available in the industry today. Here are some of the most known arcade sports games then and now:

This classic arcade boxing title has gained its prominence in 1999 with its 128-bit hardware presented in the most fun and quirky game style. Ready 2 Rumble Boxing features unusual, cartoonish game characters like Boris Knockimov, Afro Thunder, and Big Willy Johnson battling it out to gain supremacy in the ring. Players can also hear the ever-famous Michael Buffer introducing each fight as the game's ring announcer.

Gamers pick and control their boxer as they fend off opposing boxers by unleashing a barrage of punches and super attacks during the Rumble mode. They need to emerge victorious in every battle to be hailed as the game's boxing champion.

On the other hand, football fans will surely feel the thrill, excitement, and fun in Mutant League Football or MLF. This game features a peculiar approach of football gaming in any platforms. MLF highlights monsters and skeletons take over the field as they play around with exploding balls, landmines, and bloody pile-ons on ball receivers. Players can also bribe the referees to be in their favor, or simply kill the officials for more carnage fun.

Due to its popularity, MLF was also developed into a known animated series before called Mutant League. This featured the classic football game and also introduced Mutant League Hockey subsequently.

Another classic arcade sports game developed by Nintendo in 1991 is Base Wars. This baseball-themed game features robot baseball players throwing extremely swift fastballs through their arm cannons. Players need to these pitches and avoid being tagged out or they'll face their opposing AIs in a winner-take-all deathmatch battle. They'll be battling out with swords, guns, and other mechanisms to secure their spot in the baseball field.

Arcade players can also experience the thrill and fun of a simple dodge ball game in Super Dodge Ball. This game presented in an 8-bit fashion features eight different teams battling it out to be the best in the world. Players simply need to eliminate their opponents by throwing the ball to them. They can utilize powerful, fast, and special curve throws to literally strike their opponents out of the playing field. Experienced gamers can also catch balls mid-air or initiate surprise attacks to eliminate their opponents.

Arch Rivals brought fun and excitement to the normal hoop-shooting game in most arcades now and then. This two-on-two virtual basketball game features players who are after scoring points and winning the game even it takes for them to be violent with each other. Players can freely steal the ball by punching their opponents' faces without a foul being called. The only violation they can commit on this game is when their shot clock runs out before they even shoot the ball. 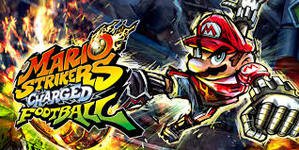 Aside from saving the princess and the Mushroom Kingdom, Mario also played different sports in the virtual world. There were versions of this popular game character playing tennis or golf with some of his friends and arch enemies. Thus, another sport wherein Mario also excels well is soccer.

Super Mario Strikers features Mario and friends take over the futuristic soccer field with electrified walls and bouncing Koopa shells to score goals. Players need to control their team as they pass, shoot, and avoid tackles from Bowser to score goals. They also need to watch out for Donkey Kong who will try to block their shots with his huge paws. There is a Super Strike feature which allows them to execute devastating kicks right into the goals.

When it comes to defining the most successful and most played sports arcade game of all time, it is clearly no doubt that NBA Jam will land on the top spot among other selections. This two-on-two, virtual basketball game, is considered as the most profitable arcade title in history with over 2 billion dollars of revenue from different arcade machines. This acclaimed sports arcade features a quick and fun gameplay among basketball fans who are also looking for action arcade games of shoves and mind-blowing shots from known NBA players. It is also the home of the well-known "Boom-Shaka-Laka" and "He's On Fire!" signature phrases from NBA Jam's famous virtual announcer.